Misclassification of Workers: What Are Your Options When You Get It Wrong?

You are here:
published 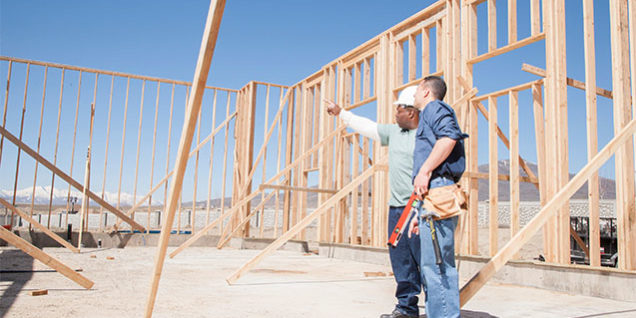 As we embark on a new year, we often use the phrase “out with the old and in with the new.” This may be the slogan that businesses, perhaps, should adapt, when it comes to their taxes and the way they operate. However, what has worked in the past does not mean it will work in the future, particularly when mistakes or poor decisions have been made, and a business owner runs the risk of getting audited.

A very problematic area for the government and businesses is the misclassification of workers. It has been a growing trend in the last two decades, especially during the housing boom in the 1990s, where employers in the construction industry would classify workers as independent contractors, even though it was clear they didn’t meet the requirements under the common law rules. As the economy suffered the recession and businesses of all sizes looked for ways to cut costs and increase their bottom-line profits, the problem has escalated in recent years. Now, because of the billions of dollars lost from employment taxes, the IRS has started to increase enforcement on worker classification.

Independent Contractor vs. Employee Status, and How to Classify Your Workers as Statutory Employees.

Employment audits can occur at the Federal or state level, and with most states having contracts with the federal government, many labor audits begin by state labor agencies with the audit findings submitted to the IRS. This should be of particular interest to businesses that get audited by their state labor department because what may seem to be a non-significant state audit can turn into a federal case with serious consequences.

A worker classification audit can be triggered due to various reasons. A high number of 1099-MISC being filed can trigger an audit, a random audit can occur, or a current or former disgruntled worker can file Form SS-8 requesting that the IRS make a determination on his or her worker classification status. A worker submitting Form SS-8 doesn’t necessarily trigger the IRS to conduct an audit, but it certainly can be an element that opens Pandora’s Box.

As I always tell my clients, it boils down to the magnitude of the case and how much money the government can get from the audit. Of course, that is not to say that a small employer with a handful of employees won’t get under audit for misclassifying its workers.

Businesses that misclassify their workers can either be proactive to solve the problem, or hedge their bets that they won’t get caught and hope it will never become a problem. After all, we

often do not hear that you have a problem unless you are caught doing something wrong. This thought process isn’t always the best when it pertains to taxes and misclassifying workers. The position a business takes will determine the correct course of action for resolving the worker classification issues.

The three options available are 1) to either do nothing and keep doing it wrong, which is not the best solution, 2) enter the Classification Settlement Program (CSP) under the Section 530 Relief program, or 3) enter the Voluntary Classification Settlement Program (VCSP), which the IRS released in Announcement 2011-64 and later modified in Announcement 2012-45 in an effort to clarify certain aspects of the program and make it easier for employers to apply for acceptance into the program. Since worker classification is a complex matter and the VCSP is the easiest and best fit for many employers, we will review the elements of the VCSP in this article.

An employer can be proactive and submit Form 8952 Application for Voluntary Classification Settlement Program, which, if accepted, mitigates the majority of the risk that the business is exposed to from misclassification of its workers. Under the original VCSP program, an employer could not be under audit before applying, but with the modified Announcement 2012-45, a taxpayer can apply for the VCSP program even if the business is under audit, providing it’s not an employment examination.

Keep in mind that an audit can quickly expand into an employment exam if the revenue agent identifies a worker classification problem, particularly if it is a significantly large case that can generate a big tax bill for the government. If an audit expands into an employment exam, it prohibits the employer from being accepted in the VCSP program. Therefore, it is wise for an employer with worker classification issues to submit the VCSP application before any problems occur.

Aside from this main requirement, an employer must meet these six other requirements in order to qualify for the Voluntary Classification Settlement Program:

If the employer meets the above requirements, he or she should be accepted into the VCSP. You will notice one of the requirements is filing of Forms 1099-MISC for the prior three years. It is very important that the employers get this piece of information correct. As I always say, “if you are going to get it wrong, make sure you get it wrong all along the way!” You can’t treat your workers as independent contractors, but do not issue Form 1099-MISC or do not file them with the IRS.

By being proactive, a business can minimize the potential tax nightmare for a fraction of what it would otherwise pay under an audit, which ultimately can force a business to close its doors if it can’t pay the huge tax bill. Once accepted into the program, the employer pays 10% of the amount of employment taxes that would have been due on the compensation paid to the workers being reclassified for the most recent tax year.

The taxes are calculated under the reduced rates of IRC Section 3509(a), which makes it affordable for the employer to settle their wrongdoings for a very small amount. The business can apply for the VCSP program for one or multiple classes of workers. It is not necessary to apply for all classes of workers, but you must apply for all workers within a class or group. You can’t pick and choose depending on what will provide the lowest tax bill.

Let’s look at the example of the fictional United Manufacturing, a small business with 50 employees that have all been misclassified as independent contractors for the last six years it has been in business. United Manufacturing pays each of its workers $36,000 annually for a total payroll $1.8 million in 2014. Assuming the business meets the VCSP requirements and gets accepted into the program, it will only pay $19,224 to enter the program. A factor of 10.68% will be used to compute the tax liability for tax year 2014 since all employees are under the Social Security wage base.

United Manufacturing will enter the VCSP program and will have its prior years’ worker classification issues resolved for far less than if it were to get audited. Furthermore, the business will not have to pay penalties or interest, will not have any exposure for prior year’s worker classification issues and cannot be placed under audit for employment taxes for the years prior to entering the program.

Using the same example as above, if United Manufacturing does not apply for the VCSP and the IRS conducts an audit for worker classification, the tax liability is astronomically higher. The

business will have a tax liability of approximately $974,250, which does not include interest. United Manufacturing also runs the risk of having other years placed under audit. In addition, the owner or responsible parties will face a Trust Fund Penalty of 100%, which is another serious problem.

(The figures above are for illustration purposes only, and you should check the latest tax brackets and penalty percentages when consulting your clients.)

Unlike other IRS programs, such as the Offer-In-Compromise that requires the taxpayer to submit a percentage as a down payment with the application submission, the VSCP does not require the employer to pay the 10% taxes until they are accepted into the program. If the employer is denied for any reason, it doesn’t cost them any money.

As you work with your business clients, whether it is during tax season or throughout the year, it is imperative that you review the policies and procedures your clients have in place and make recommendations to those who have potential worker classification problems. The IRS and state labor agencies are on high enforcement and nobody is immune from this problem. Small and big businesses are at risk if they get it wrong – and the government won’t hesitate to knock on the door.

Andrew G. Poulos, EA, ABA, ATP is principal of Poulos Accounting & Consulting, Inc., in Atlanta, Georgia, where he works with individual and business tax clients and represents clients before the IRS and state labor agencies for tax controversy. An entrepreneur, tax analyst and real estate investor, Poulos is also an author and national speaker and regularly appears on ABC, CBS, NBC and Fox News. He has been referenced as a tax expert in published articles in TIME, Forbes, The Wall Street Journal, USA Today and U.S. News & World Report and was interviewed on President Trump’s tax policies. He is the producer of the QuickBooks Ultimate Lesson Guide DVD Series and author of various tax articles. Contact him at www.savvytaxguy.com or 1-888-9-POULOS.

Obtaining Small Business Financing – Do You Qualify?
May 8, 2019

Get it Right the First Time: Independent Contractor vs. Employee Status
March 23, 2019

Is Your Officer Compensation Reasonable?
March 23, 2019

How to Classify Your Workers as Statutory Employees
March 23, 2019

Recent Articles
FROM OUR GALLERY